I was born Deborah Lee Perry. An unusual name for an Italian-American girl. Most of the first born girls in my mother’s family were name Marie, but my mother, Maria, insisted that I be named Deborah. She remembered getting a lot of flack for wanting to christen her daughter with a Jewish name. My father remembers that it was the closest female name to his given name. Although my mother always called me Deborah, I quickly got nicknamed, Debbie.

So I entered Honby elementary school as Debbie Perry. That’s when I met my first friend.

We met in second grade. She was the youngest of four girls; I was the oldest. Her sisters were all grown up; mine were just starting school. We lived in two different neighborhoods separated by a four lane highway. We had little in common, but seven year olds don’t care. We both loved our teacher, Mrs Groves, who smelled like oranges and liked to take naps under the art table while we were at recess. We both loved books. What a great day it was when she got her first pair of glasses and we got to be in the same reading group.

After reconnecting, we reminisced over lunch. She laughed remembering me wagging my finger at the class bully at recess. I had researched the word that he used so cruelly and taught him and the rest of the kids who gathered around us the true meaning of the F-word. I got called into the principle’s office. Since I had never been in trouble before I was scared but argued my point until Mom arrived. The principle asked what she had been teaching me. The truth, Mom said. Even the principle was not aware of the naval origin of the word.

With her sisters out of the house, my friend was treated like an only child. I, on the other hand, had to share everything with my three little sisters. She had cool lunches—a Wonder bread sandwich, a miniature bag of Fritos and a shiny silver wrapped DingDong. While I had leftovers on wheat bread, chips in a baggy and a piece of fruit. She had her own bedroom with pretty curtains that matched her bedspread and lots of toys. I shared a bunk bed with my little sister, the twins in matching bunks in the same room until my aunt and my two cousins moved out.

Although we had precious little time to catch up, I bared my soul to my oldest friend.
Starting kindergarten worried me. Who would watch after my sisters while I was gone? The white light! I remembered that I called the white light around me whenever I felt lost, worried or frightened and was instantly protected. Sometimes the white light was so bright that I felt invisible, no one seemed to notice me. I would surround my sisters with the white light of protection. They would be perfectly safe until I returned from school.

She remarked that I always seemed more mature than the rest of our class. Perhaps that was being the eldest child. Perhaps it’s just being an old soul.

From the moment we reconnected, she called me Deborah…not Debbie as everyone else from my past still does. I asked her why. She said that I am no longer little Debbie…She perceived my transformation. Perhaps someday, my family of origin will too.

She wrote afterwards: “I didn’t realize how much I was missing you in my life. We’ve both grown tremendously in our years apart and have so much to share. I think about some of the things you shared with me, and it makes me sad that I didn’t know your burdens and wasn’t more supportive. How well did we really know each other? All I knew was you were my friend and I loved you”

And I responded: “Please do not worry about the past. I did not even remember much of my childhood drama until after I gave birth. I do remember how much I loved you! It did not matter that we didn’t know each other intimately, we knew each other’s souls…and that was enough to become best friends. Love you still!”

Friends are gifts. Love them as much as you can.

Excerpt from My LoveDance. Get your copy Now! 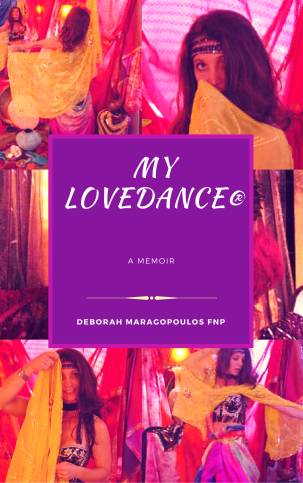